Julia Randall and Ginny Z. Berson host Majority Report, February 25, 1982. 1. News wrap-up -- 2. A look at the civic and political life of Black women in Victorian America, the period known as the "Gay Nineties", a short condensation of a longer Women's Magazine program, "19th Century Black Club Women," that aired the following Saturday, February 27, 1982 (produced by Karla Tonella, with Barbara Christian, head of Afro-American Studies at UC Berkeley) -- 3. The last of a three-part interview with poet, activist and singer Maya Angelou by NPR's Brenda Wilson, about her book The Heart of a Woman -- 4. A report by Sheila Bowman on why the medical profession is still pushing for women to bottle-feed instead of breast-feed their babies, featuring an interview with Lois Salisbury, a lawyer from Public Advocates in San Francisco. The final segment, on women in rugby, is introduced but not included on PRA's copy of the recording. Executive producer Karla Tonella, theme music by Laurie Spiegel. 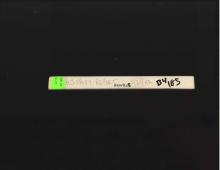