Interview with Vicky Starr (1916-2009), featured as "Stella Nowicki" in the documentary film "Union Maids" (1976) about three Chicago women labor union activists from the 1930s. The film was based on the three women from Chicago (Stella Nowicki, Kate Hyndman, and Sylvia Woods) in the labor history book Rank and File by Staughton and Alice Lynd. The documentary featured interviews with the three women, and was produced by Julia Reichert, James Klein, and Miles Mogulescu. It was nominated for an Academy Award for Best Documentary Feature in 1977. 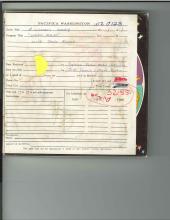