The Crippled Person / lecture and interview with Dr. Carl Faber (Episode 1 of 4)

This is the first episode "The Crippled Person" in a four part series of lectures by Dr. Carl Faber entitled "Woman as slave." This episode is in three parts. In part one, Dr. Faber is interviewed prior to KPFK's presentation of the first lecture by Helene Rosenbluth, a young lesbian feminist and Roy Tuckman, male feminist, about what he means to say in the lecture series, his motivations, audience reactions, the situation of a man talking to women about women, his data sources, and male versus female feeling experience.

Part two is the lecture portion of this episode, Dr. Faber's "The Crippled Person," given in January 1977. In this lecture, Faber says men can't define women's roles and that psychology is piggish. The deal with men has been for women to be crippled, allowed various thoughts and roles and disallowed others. The essence of woman's experience of self is hurt and impotence, which may overwhelm her entire life. At the same time, her slave master man leans on her for self respect and love, which makes her hate him more. The essential problem: women are ripped off.

Part three is the second interview of Dr. Faber by Rosenbluth and Tuckman about how men can avoid abusing women and being sexist; women working alone versus women in a group; coupleism versus groupism; definitions of vulnerability; ego defense; and eastern versus western philosophical points of view. Instructions given "This interview should be played right after lecture #1 (Part 2). There is an introduction to lecture #2 at the end, so the announcer should indicated when lecture #2 will be broadcast."

Interviews with Dr. Faber were recorded in March 1977. Program produced by Roy Tuckman. 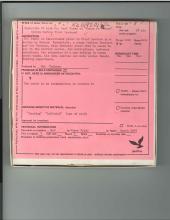 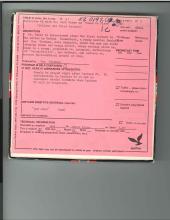